The Kasigau Corridor project has so far led to 13,936,339 tCO2 emissions avoided to date. The project has created a market-driven solution to wildlife conservation through a community-led, community-based sustainable model. Reaching over 116,000 people, that will continue to make an impact for many years.

Wildlife Works is a carbon development company founded in 1997 based in San Francisco, California and Voi, Kenya. Their mission is to protect 5 million hectares of forest across the globe with projects also based in Cambodia and DRC. This project was one of the first VCS/CCB REDD+ projects. They also consult on various other projects.

This project was one of the world’s first REDD+ projects, grounded in the need to work with local communities in order to achieve long-lasting and effective results. Earthly strongly believes in the need for this to occur, in line with the principles as set out by Together with Nature. 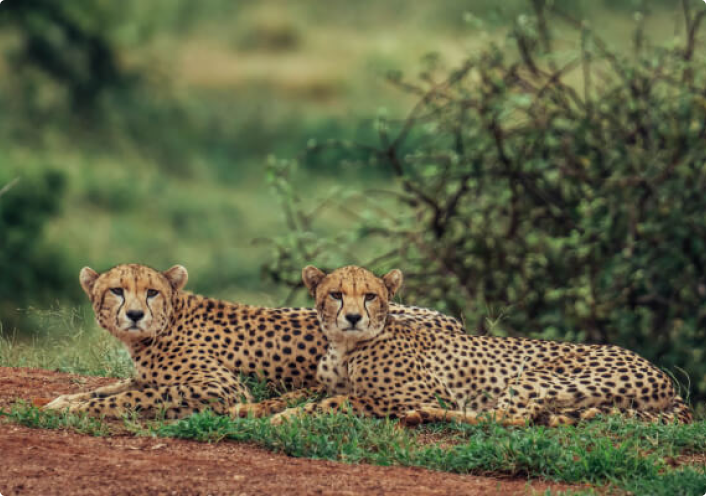 Kasigau Corridor works with over 5,000 local landowners to protect this corridor. When Wildlife Works first developed the project the areas between Tsavo East and Tsavo West National Parks were at odds. The corridor was the migration area for many species between the parks but also the home of a growing number of cattle farms, leading to conflict between farmers and wildlife. In 1998 the Rukinga Wildlife Sanctuary was developed covering 80,000 acres, and a community works project was developed in order to provide alternative income to the local people.

Since the beginning the project has expanded into a REDD+ project to cover 200,000 hectares of dryland forest and will help protect and prevent 1.7 million tonnes of CO2 each year over the next 30 years.

A REDD+ project stands for Reduce Emissions from Deforestation and Degradation. The idea is that by placing a price on a natural asset in this case the forest countries will take greater measures to protect it thereby reducing forest loss, increasing conservation management and increasing GHG removal.

Since its beginning the project area has continued to thrive with its natural habitat being restored, during this process it has been awarded a Gold level status by the Community, Climate and Biodiversity Standard (CCB) for its climate and biodiversity benefits.

The project area is home to an incredibly diverse population of wildlife including more than 20 species of bats, over 50 species of large mammals, and over 300 species of birds. It is also home to vital populations of animals found on the IUCN Red List including over 2,000 African Elephants, African Wild Dog, Cheetah, and Grevy’s Zebra.

The project is also fully engaged in the long-term fight against illegal poaching. They have a programme of patrolling by a team of rangers. Since 2012 over 8,500 vehicle and walking patrols have taken place, as well as over 1,000 flight days since 2015. During the period of 2018-June 2019 the project achieved a zero poaching level for ivory after years of collaboration with the Kenya Wildlife Service. 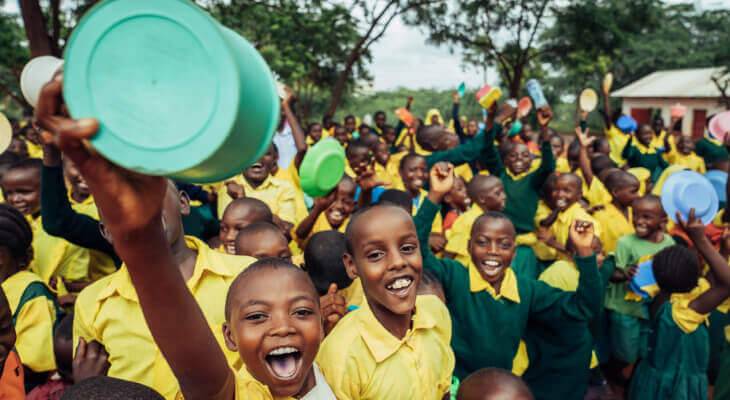 This project is not only founded on wildlife protection and restoration but the foundation of the project is alternative job creation. The project is designed to have full cooperation and communication between the different communities and landowners with locational carbon committees set up within each community who determine how they would like to spend their carbon revenues.

The project has led to the creation of over 300 jobs; the building of 15 new schools; clean safe drinking water for 25,000 people and the formation of 500 women’s groups. Kasigau’s Q1 2020 impact report shows how education is a key focus with 4,123 bursaries being awarded amounting to approximately $235,000. These bursaries will support children going to secondary school, university, as well as special care schools; 51% of the support students were young women.