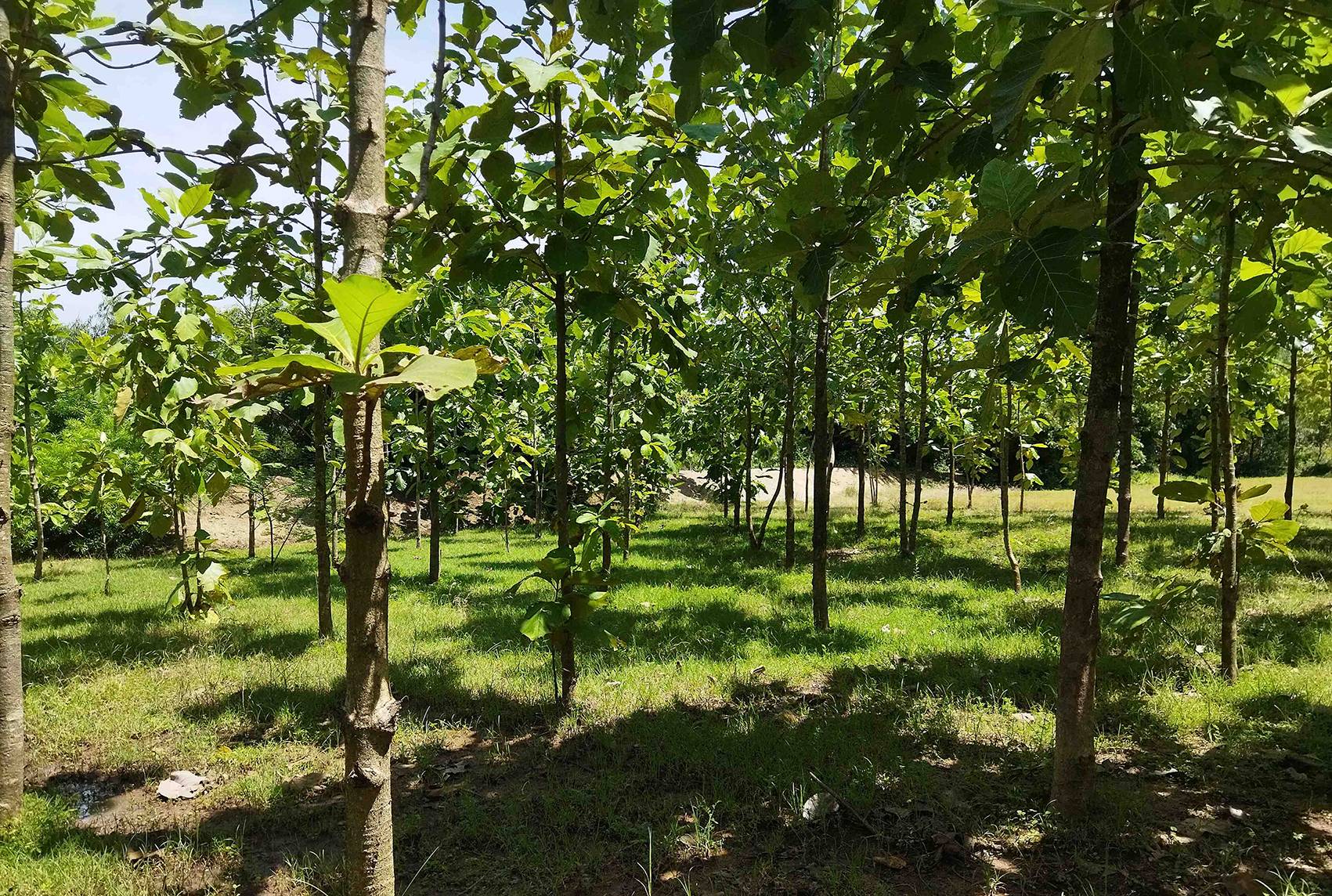 To provide a comprehensive assessment of projects, we analyse 106 data points, aggregating information across the three vital pillars of carbon, biodiversity and people. Projects in Earthly's marketplace all exceed a minimum score of 5/10.

Tonnes of carbon removed from the atmosphere

Pterocarpus Santalinus (endangered species) planted and maintained by the farmers

The project launched in 2004 and has an intended timeline for 2033. During that time, the project is estimated to restore a total of 1.8 million hectares in the 30 year period. Since its inception, the project has successfully removed 220,000 tonnes of CO2 and provided employment for 5,599 local people across 973 villages.

It is one of the leading industry experts on the design and implementation of voluntary and compliance emission reductions programs as well as GHG reduction strategies. In 1999, CAAC founded its flagship The International Small Group and Tree Planting Program (TIST) project centered around encouraging smallholder farmers to plant trees in public and private lands. Agriculture is responsible for 11% of total greenhouse gas emissions, but is a necessary and vital part of global well-being and sustenance. Reducing negative impacts from the agricultural sector by combining regional agriculture with agroforestry can help mitigate some contribution to GHG emissions and strengthen biodiversity.

The city of Tamil Nadu is an agriculture dependent region in southern India. Over 70% of the total population in Tamil Nadu are engaged in agriculture-related livelihoods, but reports indicate that Tamil Nadu is facing more frequent episodes of droughts, flash floods and irregular rainfall in recent decades. Predictions on future climatic conditions indicate an increasing regularity of such extreme events weakening the economy and biodiversity of the region.

Integrating planting of trees around agricultural farms has been shown to reduce soil erosion, act as defense during extreme events like storms, floods, increase biodiversity and reverse the overall degradation of agricultural lands in the longer term. The TIST project is working towards achieving this goal for Tamil Nadu by planting species of Teak, Red Sandalwood, Mango, Gauva, Vengai, Rosewood, Malai Vembu, Mahogany & Kumil around agriculture fields.

Since the start of the project, over 220,000 tonnes of CO2 have been removed from the atmosphere. Additionally, around 1,412,000 trees have been planted to improve soil moisture, provide shade and prevent erosion.

The project is also involved in the protection of Pterocarpus santalinus (red sandalwood), a near endangered species endemic to southeastern India and the Eastern Ghats. To reduce the declining population of the species, over 96,717 sandalwoods have been planted. Recognising the deep interdependencies of the population on agriculture, the project is committed to improving the overall livelihoods of the local community in the project region. So far, the project has engaged 5,599 people; out of which 2,072 are women.

The locals own their land and the trees planted on them, thus receiving revenue from the carbon sequestered by their trees. Since the project started, an average farmer has received $346 in monetized benefits from the sale of carbon credits from their trees.

TIST has also been training farmers on conservation farming techniques so that they are better equipped to face the impacts of climate change. These training sessions have allowed farmers to connect and share experiences, building a sense of community amongst them.